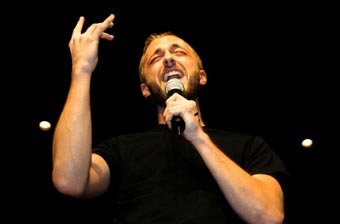 Christian Music Styles for the last 30 years have been going through changes and has caused tension regarding the appropriate music styles used in the church. I grew up observing all these changes.

Artists who were not afraid of going against tradition and desiring to make songs that kept with the times have produced an array of christian musicstyles such as rock, metal, rap, country gospel, contemporary, hip hop and pop. These christian music styles came into being during the 1990's.

The senior generation would prefer a more placid and solemn sort of melody using traditional hymns accompanied by the organ or piano whilst the younger generation desire to celebrate worship with loud sounds and instrumentation.

Well, is it wrong to have such modern tune in our churches? Is it evil? Does God permit it? Before we judge or condemn, lets give careful thought and examine what is Christian Music.

Music alone cannot be declared Christian because there is no distinctive sound, melody, pitch, rythmn, timbre, loudness, notes, chords made from an instrument to make a piece of song Christian.

The only part of a composition that can make it Christian are the lyrics that addresses God the Father, God The Son and the God Holy Spirit.

There are hundreds of different kinds of musical instruments in the world. Almost every country has its own traditional songs and instruments that have been developed over the centuries.

Therefore, the styles of worship will somewhat be culturally conditioned resulting in different types of melody. Globalization has greatly influenced our music culture both in the secular and Christian world.

Let's look at some examples.

The tune in Africa will be bouncy and active, the classical Christian musicstyles of India which are foreign to the western ears would sound very strange and are often played on instruments that have a unique sound, such as the Sitar.

We would be guilty of being prejudice if we were to maintain that such tune is un-christian because it does not contain the tones we are used to hearing.

In the Western world we are accustomed to Christian music styles such as country, classical, contemporary, traditional hymn, folk, etc. The biblical tune played by the Jews would certainly reflect their background and culture.

Certainly, our creative God doesn't expect non-Jews to create melodies that we can't relate with. We are made in God's image, every race and He desires and enjoys new and fresh songs that ascribes Him as the creator of everything. Yes, everything, even each sound from the musical instruments.

I would be careful not to fall into the trap of defining certain Christian melody as inaccurate, pagan, worldly when you hear a musical sound that is not part of your heritage. 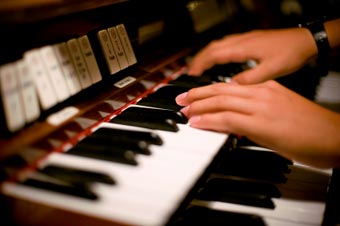 Songwriters and musicians produce melodies and lyrics that relates to their background, understanding and spiritual level.

We need to understand that the modern trend of musicals are more celebrative because of the change in our culture. Our culture is becoming more formal, more spontaneous, more event-oriented. They want to feel that God is here and now. The new Christian music styles in our churches and on our airways reaches out to people on a level that they can understand and feel.

So who am I or we to critize or condemn such songs? All we need care is that people respond to the loving call of our Heavenly Father who cares for all people and desires that none should perish.

Personaly, I think it will be wise to combine the two styles reverential - the traditional style and celebrative- the modern style.

We need to learn to put aside our preferences and do what God desires of us.

It is not the styles, sounds or loudness of the song that is godly or worldly but it's our heart's attitude towards worship. Both young and old can learn to worship in one accord and enjoy the differences and offer it to God with a pure and grateful heart.

The young ones should learn the great hymns of faith of our forefathers that have stood the test of time. On the other hand the more traditional amongst us learn new songs and move with the Spirit.

After all, didn't God say in Psalms 148, Sing to the Lord a new song, His praise in the assembly of the saints.

Whilst embracing our Christian tradition we need to look forward to the future of our younger generation growing up in the modern world.

The older generation tend to look back at their own experiences which is good and you need to impart your knowledge to your children and grandchildren but don't demand or expect them to conform to your musical tastes.

Our youth are glamourised by secular musical groups, some offering crude, tasteless and demoralizing music. A sort of lifestyle that most parents dread their kids to imitate - sex, drugs, violence, foul langauge and murder.

Our youth needs an alternative music to listen to that will provide godly values. 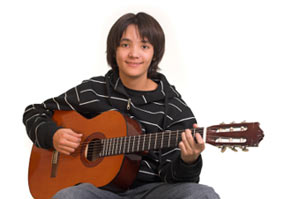 They are drawn to the beat of the music. Christian rock, hip-hop, pop, rap doesn't cause an individual to do something against their will, but it does offer a choice of a higher quality than the secular.

Christian song festivals are popular these days and teens love to attend to get away from peer pressure and spend the weekend with entertainment which includes workshops that help seekers get answers to their struggles and an opportunity for them to commit their lives to Christ.

I rather do what Paul says in :

Philippians 3:13-14 " Forgetting what is behind and straining forward to what is ahead and win the prize for which God has called us heavenward in Christ Jesus."