It is difficult to compile a definitive Christmas song list because they transcend so many different genres and times periods. Some songs are distinctly Christian in nature, and these will be the only types performed in some churches. 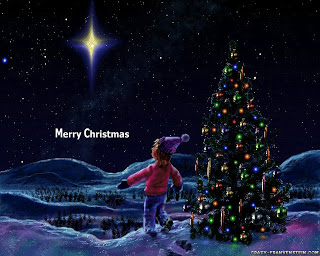 Many secular songs are just as popular in the holiday season as are Christian ones. Every knows I Saw Mommy Kissing Santa Claus by 15-year old Jimmy Boyd and Bing Crosby’s version of  White Christmas.

Many popular Yuletide songs came into existence long before the Twentieth century. Their continuing popularity is a testament not only to their musical appeal, but also to the importance of the season to people worldwide. Many popular performers capitalize on this by releasing holiday albums at that time of year. These albums often feature old favorites, although a few artists occasionally pen their own songs.

Many of today’s Yuletide favorites are the creation of famous songwriters like Irving Berlin and Elton John. The following songs are likely to be among the favorites of many people during the holidays. Of course, no Christmas song list will include everyone’s favorite.

This simple standard is one that many people learn as children. It is lively and catchy, and is a favorite at just about any gathering during the season. When James Lord Pierpont published it in 1857, he used the title One Horse Open Sleigh. The first verse is as follows:

American composer Katherine Kennicott Davis penned this holiday favorite using the title Carol of the Drum in 1944. The Trapp Family Singers first recorded it in 1955, and over the years many other performers have released their own versions. Even people who do not regularly sing seasonal songs are familiar with these words:


Joy to the World

Prolific composer Isaac Watts wrote this song in 1719. He adapted Psalm 98 from the Bible to create the lyrics. This song so captures the spirit of the season that some people find it hard to imagine a Christmas song list without it. The first line is:

Singing cowboy Gene Autry composed this enduring holiday favorite in 1946. According to sources, the idea came to him during a parade, and Autry ended up using it in one of his movies, The Cowboys and the Indians. Elvis Presley also had a hit when he recorded the song in 1957.

Radio producer Johnny Marks composed this song in 1939, after his brother created the character for a publisher. Harry Brannon first performed the song, but it was Gene Autry who made it a number one hit in 1949. Other popular singers including Bing Crosby and Dean Martin released their own versions.

You know Dasher and Dancer and Prancer and Vixen,
Comet and Cupid and Donner and Blitzen.,
But do you recall?
The most famous reindeer of all?
Rudolph the Red-Nosed Reindeer
Had a very shiny nose,
And if you ever saw it,
You would even say it glows.

Many other songs can easily make a Christmas song list. So many popular and loved Yuletide music now exist it would be almost impossible to compile them all in one list. For many adults, these melodies take them back to pleasant memories of their childhoods. While we may not know all the words to these songs, they are instantly recognizable, and help to spread cheer during the holiday season.

While some purists might disagree with the references to Santa Claus, there are times where just enjoying the holidays will reach more people and create beautiful memories.